A huge game in the FFA Cup this Sunday as Floreat Athena bid to become the only second Football West team to make it through to the national round of 16.

Standing in their way are A-League outfit Adelaide United, the current holders and the competition's most successful side with three victories. Show your support this Sunday: 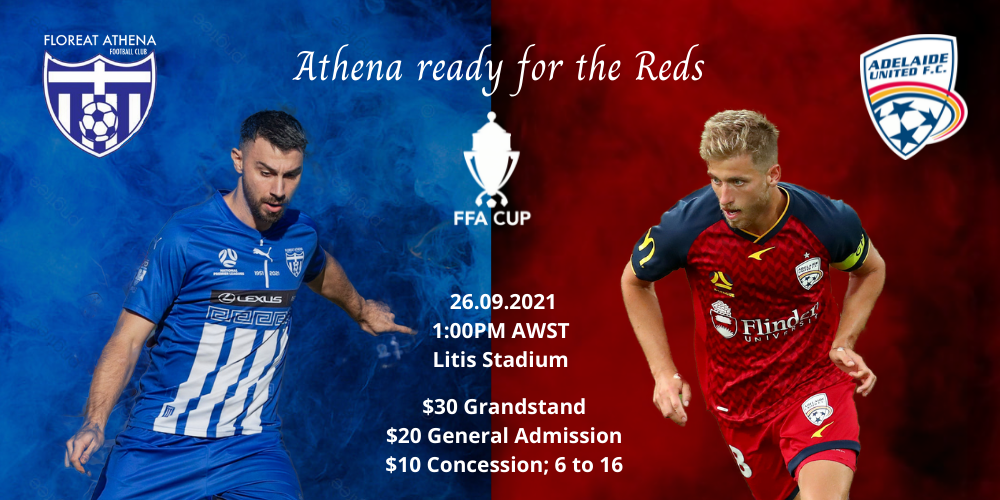