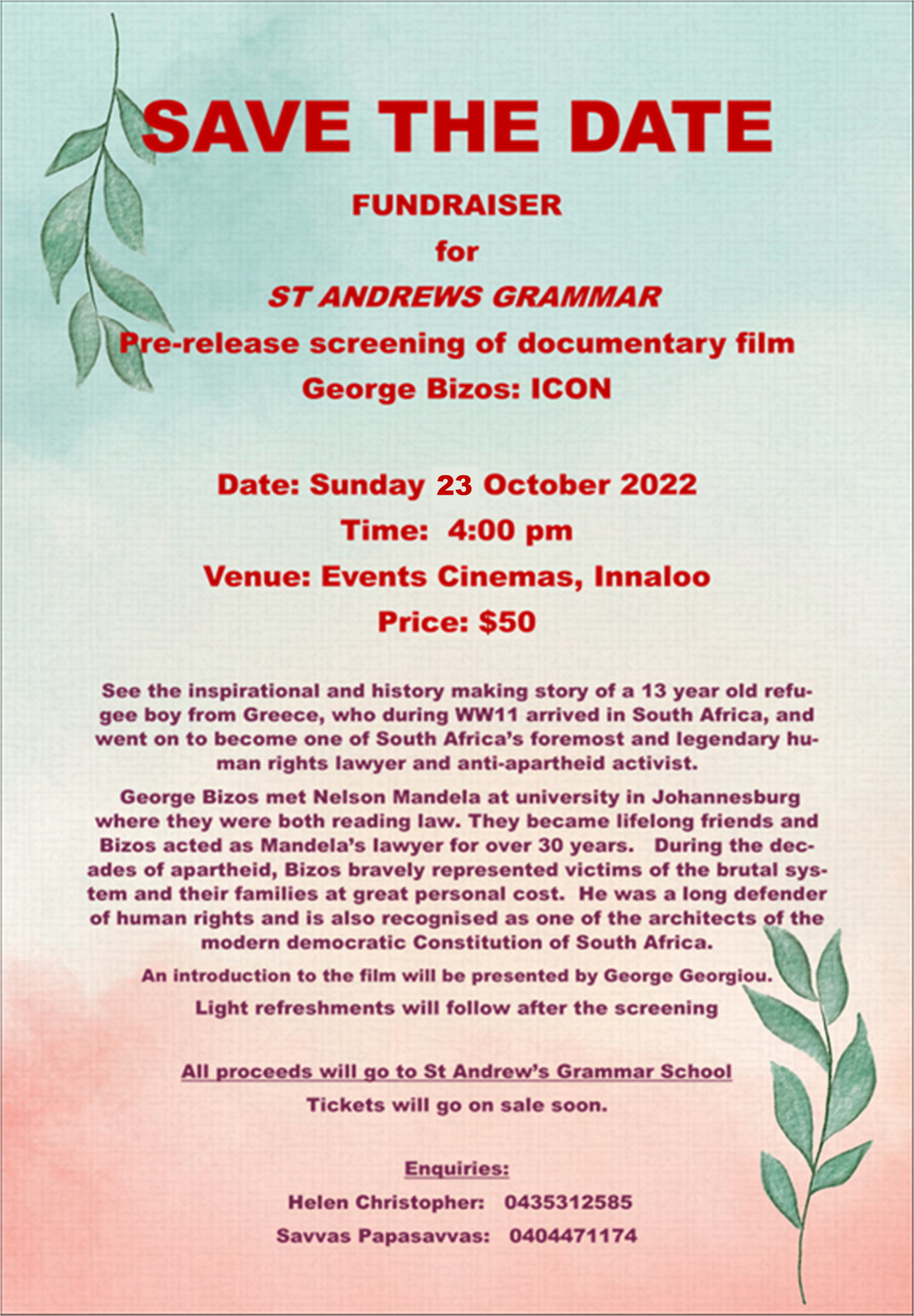 New Employment Opportunity to our Members

The Management Committee is supporting the current and future growth of our Parish and our Community by creating an Administration Assistant position to provide support and be permanently located at the Hellenic Community Centre offices at 20 Parker Street Northbridge.

Administration experience with good computer skills is a requirement of all applicants.
Working hours of this permanent part-time position will be 9.30am to 2.30pm.
Applicants with the skills and keen to assist in our Parish and Community, please submit your curriculum vitae by email to the chairperson of the interview panel.

A comprehensive duty statement will be discussed at the interview with remuneration.
Closing date for applications is Friday 26 August 2022.

Chairperson,
Paul Afkos OAM. This email address is being protected from spambots. You need JavaScript enabled to view it.; all applications will be treated in the strictest of confidence.

“If six (6) Members of the Management Committee resign, the President shall call for elections within twenty-one (21) days”.

The Hellenic Community Trustees have been informed and the legal advice was given to them. The Election committee have also been informed of the coming election.

The Independent legal advice confirmed the President must announce within 21 days following the resignations the election and the date for when the election will occur. The final date for the announcement to be 5th July 2022.

The Management Committee will inform the Election Committee in accordance with the Independent legal advice that the election will be only for 6 committee persons.

Following the elections of the newly elected committee members, the full Management Committee will serve until the second Sunday in June 2023.

With the benefit of the independent legal advice, I am announcing the election will be held on the Sunday 25th September 2022

The Secretary will now invite the elected members on the Election Committee (elected in April 2022) so they may elect their Chairperson and inform them of the coming election so they can commence their preparation.

The election committee will follow the HCWA constitution and will make the necessary announcements, in due course.

Sales of tickets in this raffle have ceased pending approval of the Gaming and Wagering Commission to cancel the raffle.

All ticket purchasers will be refunded once the Commission has approved cancellation of the raffle.